Artificial intelligence? . Intelligence is the highest thing that makes us human beings on this earth. It has played the most important role in improving our skills and establishing human civilization.

Narrow vs. General AI: What’s Next for Artificial Intelligence?

Today if humans have developed so much in the field of technology, then our human brain has the biggest hand in it. On the basis of this intelligence, humans have done many inventions and it is not a matter of saying that every invention has given a new direction to the life of human beings. When computers were made, no one thought that we would be able to use anything like a smartphone in the future.

But today it is not only a part of our life but also helps a lot in any of our work. In the last few years, in order to take technology to a different level, some scientists of computer science had put AI concept in front of the world. Its basic objective was to create computer controlled robots or software that could solve a problem by thinking like humans.

But many other scientists believe that such development in technology can make machines superintelligent which will further threaten human existence. How beneficial will Artificial Intelligence or Machine Learning be for humans will tell the future to come. Right now, we tell you what is Artificial intelligence (AI)?

What is Artificial Intelligence

It plans to create a computer controlled robot or software that can think the same way as the human mind thinks. Artificial intelligence is constantly being prepared to make it perfect. In its training it is taught experience from machines, is prepared to keep pace with new inputs and perform human-like tasks.

So by the use of Artificial Intelligence overall, such a machine is being created, which can interact with its environment and work wisely on the data received. That is, if the AI ​​concept in the future is strong, it will be like our friend. If you get a problem, then you will tell yourself what to do for it.

Artificial Intelligence (AI) is basically the ability to think and learn about a machine or computer program. This concept is based on the idea that machines should be made capable enough to think about a problem like humans and work on it.

Today AI is a very popular topic, which has a lot of discussion in the areas of technology and business. Many experts and industry experts believe that AI or machine learning is our future. But if we look around us, we will find that it is not our future but the present. With the development of technology, today we are connected with Artificial Intelligence in some way and are also taking advantage of it. Yes, it is a matter of fact that AI technology is in its first phase.

Recently many companies have invested a lot on machine learning. Due to which many AI products and apps are available to us. So let us now give you some such AI examples used today, so that you will be able to understand more well what is called Artificial Intelligence?

You have probably heard about Siri, it is the most popular virtual assistant offered by Apple . However, it is only available on iPhone and iPad. This is the best example of AI, you just say ‘Hey Siri’ and it can send messages to you, find information on the Internet , make phone calls, open any application, even set a timer. And can help you in tasks like saving events in calendar.   More Info…

Siri uses Machine Learning technology to understand your language and questions. It is the most compatible voice activated computer. Related devices are Alexa and Google Assistant too. Which are used for similar work only.

Not only Smartphones but also Automobiles are moving towards Artificial Intelligence. If you are a car geek, you would know about Tesla. It is one of the best automobiles available so far. Tesla car features not only self driving but also productive capabilities and complete technological innovations. Do not know how much self driving car is being made, which will become even smarter in the coming times. More Info…

However, Google uses AI in many areas. But AI technology has been put to good use in Google map. Giant AI technology scans road information with AI mapping to tell us the path to any place and gives us the correct route using algorithms. Right now Google has plans to further enhance the artificial intelligence in its google map by improving its voice assistant and creating augmented reality maps in real time. More Info…

Nest was one of the most famous and Artificial intelligence startups and was bought by Google in 2014. The Nest Learning Thermostat saves energy depending on your behavior and routine. It uses behavioral algorithms to do this. It is such an intelligent machine, that it detects the useful temperature for you in just one week. If there is no one in the house, it automatically turns off to save energy.

Echo was launched by Amazon. This is a revolutionary product that can answer your questions, read audio-books for you, give you traffic and weather conditions, provide information about local business and also provide sports scores. Can do. Echo is also undergoing major changes, adding new features. Hopefully, the time to come will make Echo even smarter. More Info… 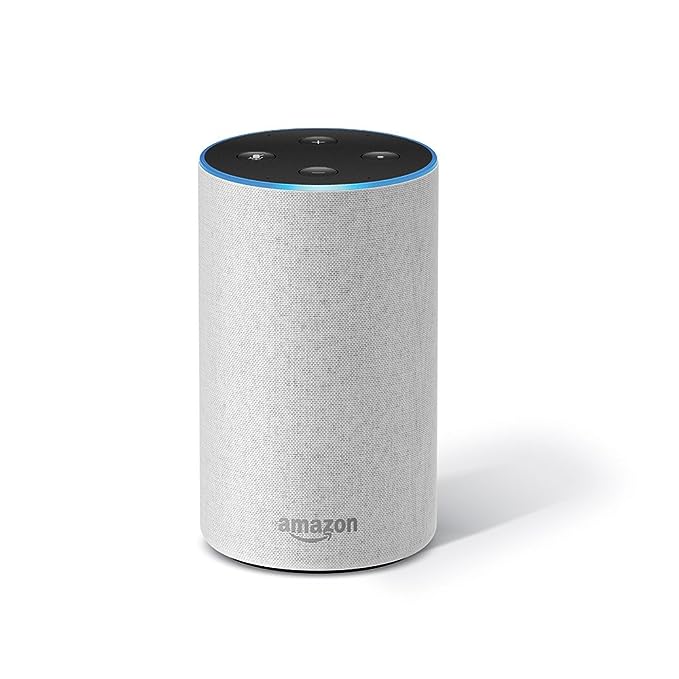 1950 was also the year when Artificial intelligence research started. Research in the field of AI began with the development of electronic computers and stored-program computers. Even after this, for many decades, a link could not connect a computer to think or act like a human mind. Later, a discovery that greatly accelerated the early development of AI was made by Norbert Wiener.

He has proved that all intelligent behavior of human beings are the result of reaction mechanism. Another step in the direction of modern AI was when Logic Theorist was created. Designed by Newell and Simon in 1955, it can be considered the first AI program.

After many research, the person who eventually laid the foundation of Artificial intelligence was the father of AI John McCarthy, an American scientist. In 1956, he organized a conference “The Dartmouth Summer Research Project on Artificial Intelligence” to further develop the field of AI. In which all those people who were interested in machine intelligence could participate. The purpose of this conference was to attract the talent and expertise of interested people to help McCarthy in this task.

In later years the AI ​​Research Center was formed at Carnegie Mellon University as well as the Massachusetts Institute of Technology. Along with this, AI also faced many challenges. The first challenge he faced was to build a system that could solve a problem efficiently with very little research. The second challenge is building a system that can learn a task by itself. The first breakthrough in the field of artificial intelligence came when a Novel program called General Problem Solver (GPS) was created by Newell and Simon in 1957 .

This was an extension of Wiener’s feedback theory. Through this, more and more problems of common sense could be solved. LISP language was coined by John McCarthy in 1958 in AI History . It was soon adopted by many AI researchers and is still in use today.

As we know, AI is the most powerful and fastest growing technology in the whole world. AI is a type of artificial consciousness that works at the instruction of a human being. Even though Artificial intelligence has been developed by humans, but there is no doubt that AI works more efficiently, better and at a lower cost than humans. That is why AI is being used in many business industry fields.

AI has come in our everyday life to some extent, but the day is not far when we will start using this technology fully. So it is true that AI has a very bright future all over the world. Much of the future work and many areas will depend on AI. Along with this, it is also being speculated that it can have a very bad effect on the lives of humans. So, now let us tell you some of the goals of AI, by which this AI technology will reach us soon.

Increasing decision-making power: The first goal of AI is to create a thinking machine that thinks like humans . Who can solve any human problem by taking a decision by himself. AI has also achieved some achievements in this direction. Recently a female AI Robot (Sophia) was created. It has some degree of decision making power and can easily answer any of your questions. You will also see some similar AI concepts in smart devices like Google home, Siri, Alexa etc.

Efficiency in work: We humans are very lazy in doing any work, due to which we spend a lot of time to complete our tasks and there are more mistakes in them. Seeing this habit of humans, AI researchers are working very fast in this direction. Their basic objective is to make AI so that it can do any task faster with minimum fault.

Time saving: Obviously, AI can work much faster than humans. Because it is a type of machine, it never gets tired of working and like us never takes a break. Looking at this topic, many such AI machines are being made, which will soon replace humans.

What is Artificial Techniques

AI technique is a method that uses derived knowledge. So that its error can be modified to correct it. AI technique is an advanced model of statistical and mathematics models. These models make it possible for a computer or machine to calculate the tasks that are performed by humans. Some examples of this are:

In this era of technology, Artificial intelligence has started to dominate all industries and many fields. The biggest reason for this is that the machine works more effectively than humans. So the day is not far when robots will dominate our world like any Hollywood movies. AI or what we also call machine learning is divided into two main parts.

AI is important because it can help solve difficult issues in various industries such as recreation, education, health, commerce, transportation and utilities. AI applications can be divided into five categories.

5) Anubhuti – The ability to infer things about the world through sounds, images and other sensory inputs. Such as medical diagnosis, autonomous vehicles, surveillance, etc.

So overall AI experts believe that AI will be able to do anything in the future. It will be able to do any work better than humans. So let’s see how this affects the human life in the coming times. So friends, hope this post is Artificial Intelligence (AI)? (What is Artificial Intelligence in Hindi) You must have liked and the information given would have helped you a lot in understanding AI.

But if you have any difficulty in understanding any topic in the entire post, then please tell us in the comment below. Your question will definitely be answered. Finally there is a humble request if you liked this post, then please share it with your friends on Facebook. This will also increase their knowledge and will also encourage us. Thank you for reading this post, by spending your precious time!